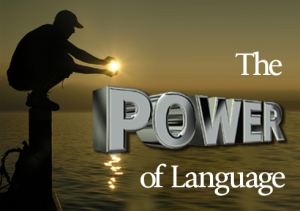 Some of the greatest Caribbean sociologists, like their North American and European counterparts have long demonstrated through research that language was the centrepiece of culture. While all components of culture play an important role in the social development of every society, socialisation would be impossible without language – the spoken and the unspoken. So fundamental was language to the socialisation process that children such as Oxana Malaya and Dina Sanichar who were socialised in the wild, exhibited characteristics akin to animals. Early life for these children and others was spent among wild animals. The children inadvertently grew to adopt the animal way of life – their only source of communication and socialisation. They were incapable of human interaction and had to be re-socialised through human language so they could begin behaving like human beings later in life. The importance of language cannot be overstated since without it the cycle of society would seize to exist.

Language has been universally recognised as the fort on which society was built. Therefore, it is important for us to use it responsibly, respectfully, truthfully, to promote goodwill and ignite the spirit of community.  We use language in various forms and fora and for a myriad of reasons.  Contracts, letters of the law, constitutions, songs, poetry, books, syllabi, dance, comic strips etc. all need language to convey messages; messages that usually have to be decoded by the receiver. Sometimes, especially in law and the creative arts, we find there is insufficient homogeny in how language is decoded.  This presents a barrier of sorts, and in some instances fragments of, and other times whole societies are ill-treated, misrepresented, deserted, abused, criminalised, and ignored.  Biblical language, for example, has been used to demean women and castrate those who dare to love their own gender.

If language is such a powerful tool why is it so difficult for my neighbours, former church colleagues, former classmates, educated brains, professionals and the society as a whole to understand the need for language that supports equity and respect for all people? We boast and fool ourselves into believing that we have a healthy democracy in which citizens are beneficiaries of free speech, yet refuse to accept the responsibility that is a part of the package. Wake up Jamaica! We cannot continue to use our languages – the Jamaican and the British – to threaten the existence of minority populations.

We have a violent and aggressive culture embedded in our music and entrenched in our hearts and minds. This violence and aggression is more often than not enforced by majority populations that seek to dehumanize minority, vulnerable populations such as LGBT persons. This was the primary reason for the establishment of what was called the “Stop Murder Music” campaign in Jamaica. The primary aim was to “challenge governments to hold dancehall artists accountable for songs that call for the death and persecution of lesbians, gays, bisexuals, and trans-identified (LGBT) people”. There has been much debate about the impact of this campaign and whether it translated into real progress for the LGBT community in Jamaica. Many of us may not understand the psychosocial impact of hearing music in public and private spaces that vitiates our humanity and maligns our existence.

So allow me to rant a little about this progress some of us are claiming in respect of anti-murder, anti-gay Jamaican music. Preparing for this post was emotionally and psychologically challenging.

I spent several hours playing and replaying nine (yes, only 9) reggae and dancehall songs released between 1998 and 2013. I discovered that prior to the Stop Murder Music campaign, our beloved and idolised artistes had some semblance of a social campaign which advocated in creative ways for the murder of LGBT people. Most of the lyrics had a bulls eye on gay men, gay men who were worthy of 5000 gunshots each because certainly nuh man nuffi have another man inna him bed. Phallic men and sodomite fi dead or get kick inna face. Most of this cultural expression of language was pre 2007 when the Reggae Compassionate Act was established as part of the Stop Murder Music campaign.

I am still not certain why an artiste and/or his writer would sit for minutes or hours or days to pen lyrics that promoted the dehumanisation of a category of persons only on that basis. The ink and spit of hatred has permeated the society in profoundly disturbing ways. We infect the vena cava of LGBT people and celebrate at the beeping sound of a flat line afta de place done spray and wi walk out. I am certain the Stop Murder Music campaign was a good move, it must have at least provided some psychological relief for the LGBT community.

But what happened next, worries me more. . .

Artistes pureed their creative juices to deliver a stronger airtime-friendly covert declaration that fish nuffi inna ital dish and man nuffi squeeze man weh de bump deh.  Mi sista nuffi mek Natasha lift up ar skirt and yuh nuffi tun like cornmeal. If that wasn’t clear enough, we should keep our slackness to ourselves. So you tell me which language is more powerful and widespread? Which songs will be heard on radio unedited? Which songs will be played on air almost any hour of the day? Which songs will be performed at national family events?

I want us to educate ourselves as members and allies of the LGBT community in respect of overt and covert homophobic language splashed all over our music. Our artistes need not pen “clever homophobic lyrics” that slyly debase us in hope that it will go unnoticed by those they seek to degrade. Let Tanya Stephens be an example to them. . . 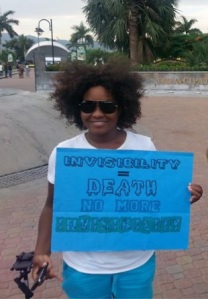 Tanya Stephens is one of my two favourite Jamaican artistes. Mi love ar music long time and when I realised her repertoire was human rights friendly with covert and overt messages of respect and advocacy for minority populations, I just fell in love. It made me realise that it was possible for well thinking artistes to use their power of language and influence to create safer societies, more respectful societies, more equitable societies and humanistic attitudes among our people. Why can’t we have more songs like Do you still care?

Let us use language to build prosperity and community, not dehumanize and malign the minority.